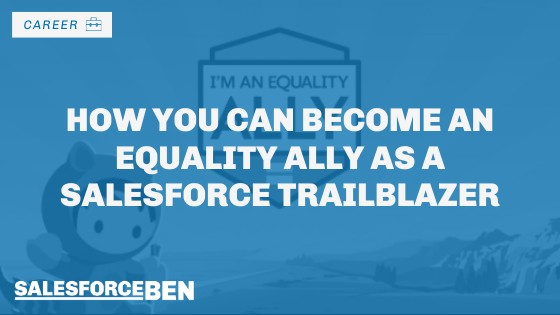 I am Salesforce Certified with a passion to become a Salesforce Architect. I am also the Trailblazer Community Group Leader (Leeds, UK), Lightning Champion, Trailhead Mentor and Military Trailblazer.

Within the Salesforce Trailblazer Community, equality and diversity are a huge factor into why we all work so well together as one. Salesforce committed to ensuring equality and equal rights not only amongst their internal culture, but also everywhere they get involved.

The Trailblazer Community is a vast collection of like minded people who care so intensely about each other, expressing our desire to spread equality and diversity and set an example for the world to make change happen. We all want a better world, let’s start here, and let’s spread that message.

Salesforce has 12 equality groups focused on providing support to those who, traditionally, may miss out on opportunities to work in technology. Personally, my first encounters with the Trailblazer Community was through Salesforce Military (formerly Vetforce) in their effort to include service personnel, veterans and spouses into Salesforce career opportunities.

So, you may be asking: ‘How can I help?’ I’ve collected my thoughts on the subject of equality and will be sharing Salesforce’s ‘Equality Ally’ best practices, so that you too can become an advocate for equality.

What’s the difference between equality and diversity?

Without going too deep, Equality is about ensuring everybody has an equal opportunity and Diversity is about understanding the differences between people and groups of people, and putting a positive value on those differences.

People can be naturally biased, even when you try to be completely fair. Your brain can have a hard time being impartial. Cognitive or unconscious biases is the brain’s way of forming these links between two attributes automatically and can be helpful mental shortcuts, allowing us to process information quicker.

We instinctively place people into groups or categories using these attributes, such as skin colour, age, gender, weight, sex, level of education, accent, sexuality or social status. This grouping saves our brain the time and energy of absorbing and processing information, allowing us to use our mind’s resources for other consuming tasks.

Unfortunately, the same instinct can also affect our behaviour in unwanted ways and inhibits us acting in our own best way. When we perform unconscious bias in the workplace it can mean that we are also losing the best interests of the company in which we represent.

Grouping people can lead us to make assumptions that are, in a lot of cases, wrong or detrimental to the person in question and/or the person thinking it. This leads to treating them differently based on those biases. Even if we don’t we may not consciously believe in these stereotypes, unfortunately our brain has a natural tendency to rely on them. This is why it is ever so more important to look at our actions and think twice before making choices or decisions. 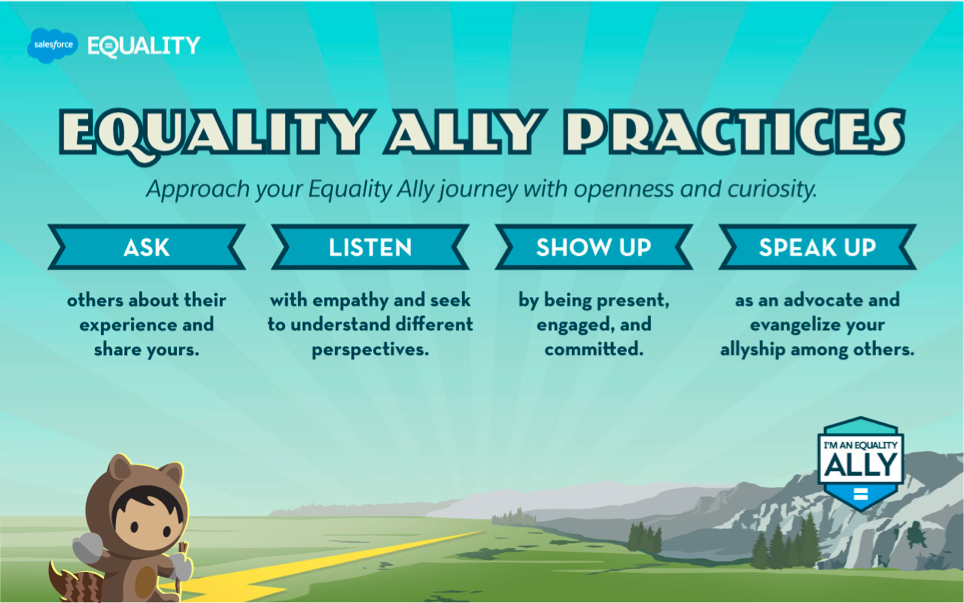 How to Become an Ally

What does it mean to be an ally?

An ally is someone who sticks by another, who represents the rights of a group, with or without being categorised into that group.

An ally would be someone who defends the group from conscious and unconscious bias, misrepresentation and hard (emotionally, mentally and physically).

Being an ally helps create a more equal society and brings the Trailblazer Community together. When all groups come together, those who are underrepresented and those who are not, the world is stronger, happier and a more productive place. We all learn, grow, and find our voices when practicing the characteristics of being an ally. Being an ally empowers others and is also empowering. We need to stand together as allies so that we create an unstoppable movement to drive tangible societal change. A change which is ever so more clearly needed.

Underrepresented groups often express the feeling of being “the only” in the room. It can be described as feeling alone or scary, even more so if something happens that only impacts the underrepresented.

We have the chance now to stand by these people and show them that they have allies who ARE going to stand up, ensure their rights are not breached and rid the world, one step at a time, from this terrible behaviour. No one is powerless, however, they have an added power through you, their ally.

Make equality the centre of everything you do. Keep equality at the forefront of your mind in every business and relationship decision and action you carry out. By displaying our actions, we can lead the way and show others how to act.

It does not make it right to treat someone differently due to previously mentioned attributes or categorisations but it can often happen due to our own ignorance. Speak with others to learn more about their challenges. Understand how they have been underrepresented and make a change. Give them a place they can feel safe to openly express their thoughts and feelings.

Meetings are the most common activities within the workplace. It has been reported on time and time again that women and minorities share the difficulties of being invited to meetings and once there, feeling heard or recognised. This is a problem in which EVERY leader can change. Invite others in, welcome their opinion, show with following actions how their suggestion is important and how it can positively make change. Give credit to the individual who raises such points.

4. Be fair in delegation and reward

This point is rather self explanatory. Share the workload, share responsibilities and share tasks. Make everyone (respecting skill and qualification only) equal. Of course some who are more qualified or skilled in an area will have greater responsibility but ensure that is the only reason why they do so. Give others a chance to step up to the plate, should they WANT to. Promote, congratulate and reward on merit and effort… and only merit and effort.

5. Socialise and bond with everyone in mind

Form your team with every member of it in mind. Understand others have different situations. Ensure that if you carry out bonding activities such as socialising out of work, you don’t leave the same person out each time. For example, the father who needs to go home every night to look after his children or the mother who has to look after a sick relative may miss out on evening activities. Include them by taking into account their situation. Plan different times or different activities to include all where possible. 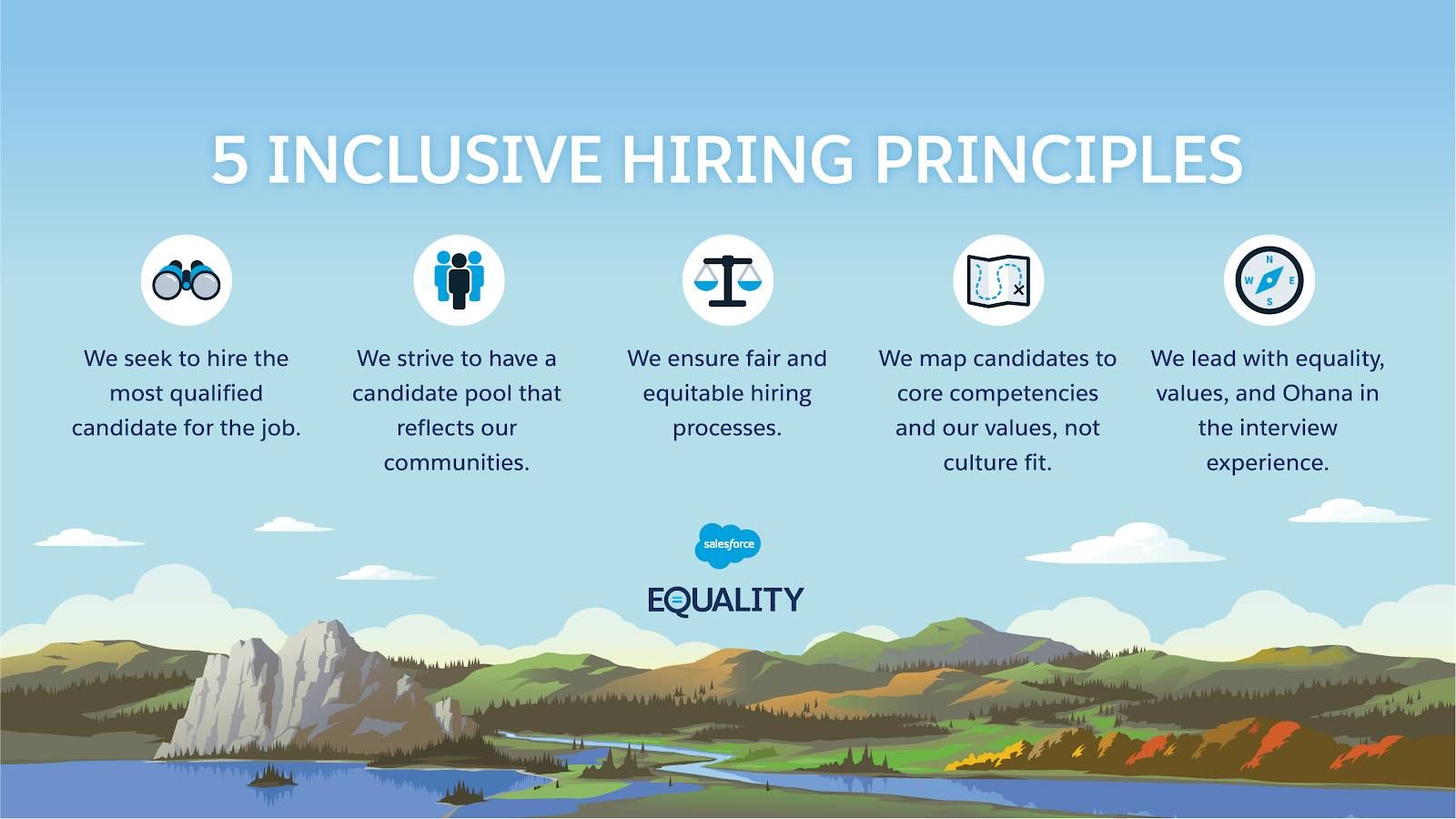 Everything within this article is about promoting equality and ensuring no one feels intimidated. Please understand that by going over the top and giving underrepresented people more than others can lead to similar feelings as it still singles them out. There is a fine line. This is to bring awareness of equality. The key word there is equality. Make it equal. Support, help and love EVERYONE.